The 10th instalment Beerstitution happened to fall on that most patriotic of days in Canada…well…Canada Day, or moving day if you live in la belle province. The day broke with torrential rains that showed no signs of stopping, putting a great big kibosh on the planned outdoorstitution. The event being moved indoors and a last minute marketing blitz kept many Beerstitutioneers away from their tasting mugs on the day, but a few intrepid souls, in true Voyageur fashion strapped on their moccasins hopped in their birch barks and paddled down to the flooded streets of St. Henri. 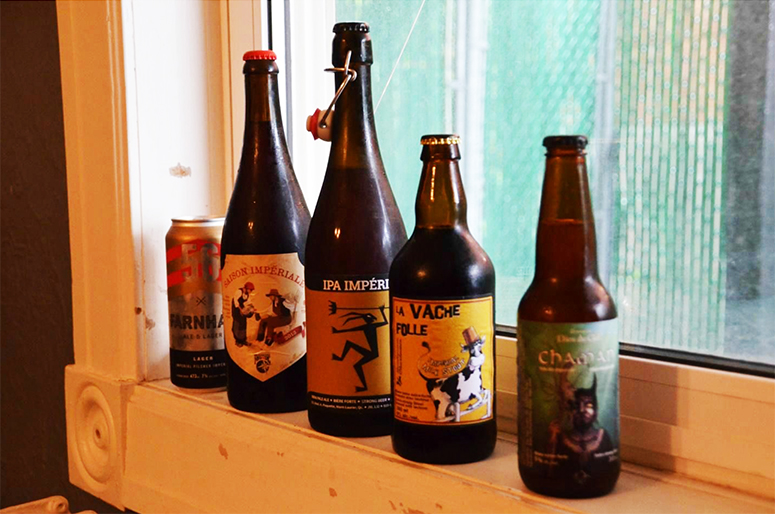 A little background on Imperials…

According to most sources, Imperials take their name originally from the popularity they enjoyed in the Russian Imperial court. Lead by Peter the Great, the tsarist nobility had quite an affinity for the dark strong stouts that were being exported from England to the Baltic regions in the 17th century. It is reputed to have been the beverage of choice for none other than Rasputin as well.

(The above information was shamelessly “borrowed” from All About Beer Magazine – Check out the link to learn more http://allaboutbeer.com/article/imperial-stout-4/ )

In recent years, Imperial has taken on a different connotation with the craft brew masters of the world. Although there are still many excellent takes on the “traditional” Imperial stouts, the name has become synonymous with strong taste, bold flavours and high ABVs. Put in simpler terms, when a brewery takes any style of beer and creates an Imperial version of it, you can expect your taste buds and liver to get turned up to 11. The new Imperial style is essentially all your favourites on steroids.
So in celebration of our country casting off its’ Imperial shackles and becoming a sovereign nation, we tore the caps off some tasty Imperials and set them free in our mouths.

Here’s how it went…

Brasserie Farnham – Imperial Pilsner, Farnham, Québec: Phil T.
This beer was smooth and crisp with a slightly acidic tang to it without being unpleasant.  Sweet on the nose up front with an hint of bananas as it warmed in the glass.

“Somebody feed the beer soaked coconuts to the baby!” – Anonymous

Brasseurs Du Monde – Saison Impériale, Sainte-Hyacinthe, Québec: Dave M.
This amped up version of the Saison poured with a lovely dark amber allure akin to maple syrup without the diabetes. Notes of candied fruits and crème brulee but finishes with a hint of sour yeast on the tongue as the beer warmed in your hand.

Microbrasserie du Lievre – IPA Impériale, Mont-Laurier, Québec: Vero
This beer poured out a pleasing light brown and met the nose up front with sweet cherries followed later by a subtle undertone of caramel.  The high ABV was very evident on the nose as well.

Microbrasserie Charlevoix – La Vache Folle Imperial Milk Stout, Baie-Saint-Paul, Québec: Chris S.
This was a sexy little dark stout with a delicious burnt coffee note heavy on the nose to start and then mellowed out to a smooth creamy finish.

“I’m having this for breakfast tomorrow.” – Gen (and she did)

“This tastes like a week old bingo hall carpet….but in a good way!” – Dave (not sure how I know what that tastes like?)

Dieu du Ciel Microbrasserie – Chaman Imperial Pale Ale, St.-Jérôme, Québec: Gen L.
This amazing little pale ale has a deliciously bitter hoppy flavour that is perfectly balanced with an accompaniment of malty goodness that had everyone wishing it came in bigger bottles.

Dave M.
That guy from Beerstitution