It’s December, there’s snow outside, Christmas is approaching, and the temperature has dropped down well below zero. Typically this is the time for dark, strong, malty beers sipped around a warm fire. But… while Bob Cratchit might enjoy this strong brew, I feel more like the Grinch, conniving to scrimp on the alcohol, forcing my merry friends and those who love Tiny Tim to bring 4% beers and making up the excuse that it’s for the date, the 4th of December, in order to get away with it and save face.

I jest, I jest. I just love these fresh and interesting beers. Setting the range of alcohol to >= 4%, < 5% seemed like a way to bring out creativity with some forced constraints. And so it proved to be with these beautiful beers, these frothy formulas, these tempting tipples.

Brought by: Kristen
Kristen also brought this exact same beer (well, not the same cans…) to the “summer in my mouth” edition of Brsto (#56), so she’s obviously a fan. Other people were fans of this sour pale ale with the funky storky label too.

Brought by: Jones
Yummy cranberry and ginger beer, Jones knew Christmas was coming and nailed it with this festive but light beer. Not too sweet and pretty universally loved.

Brought by: Dan
From the venerable folks at Halcyon, this beer got a strong speech from Dan. A pretty notable sour that hit all of the right notes, and won the 62nd edition of Brsto. Congrats!

Brought by: Nick
A funky beer with funky labels. No, that’s not a typo. This beer comes with multiple labels for the same beer – a hotdog, a four-eyed hound/wolf, and a camper van. Fun, funky, but middle-of-the-road for votes.

Brought by: Chris
Surprisingly, there were two stouts in this edition, both coming in at 4% alcohol. This one, brough by Chris, was a “dry” stout and, despite a coffee taste, had a suprisingly short aftertaste. Interesting.

Brought by: Chris
I did say that any beer with a good enough story to fit in the 4% theme would be allowed, and Chris brought it with his math: 4 x 4 – 4 = this 12% imperial stout. After sipping on light beers all night, this shook our senses with its intense flavor, sugar through the roof, and deep deep deep coffee. I’m docking it 1 point for breaking the rules, so Echo Chamber wins the house cup instead! Good luck next year.

A great evening was had by all. We munched on gougères, maple nuts, and cheesy artichoke dip. Some notable quotes of the night:

On how to cleanse your palate: “Wash your mouth out with cheese” – Kristen

On what happened Monday night: “I went to Blue Dog for standup on Monday, and was… not funny.” – Jones

Some Photos of the Evening: 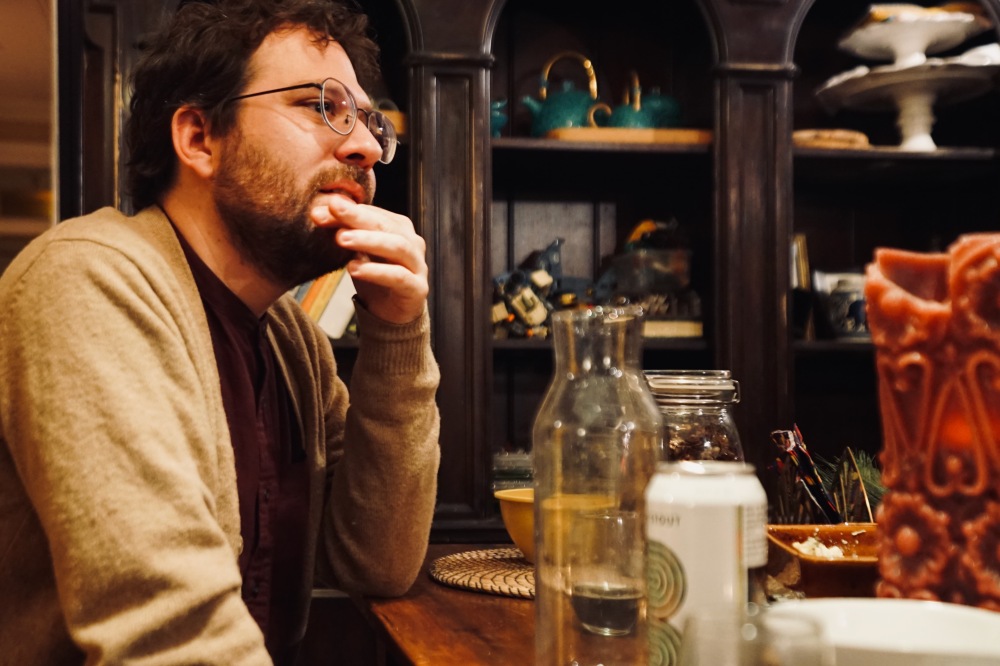 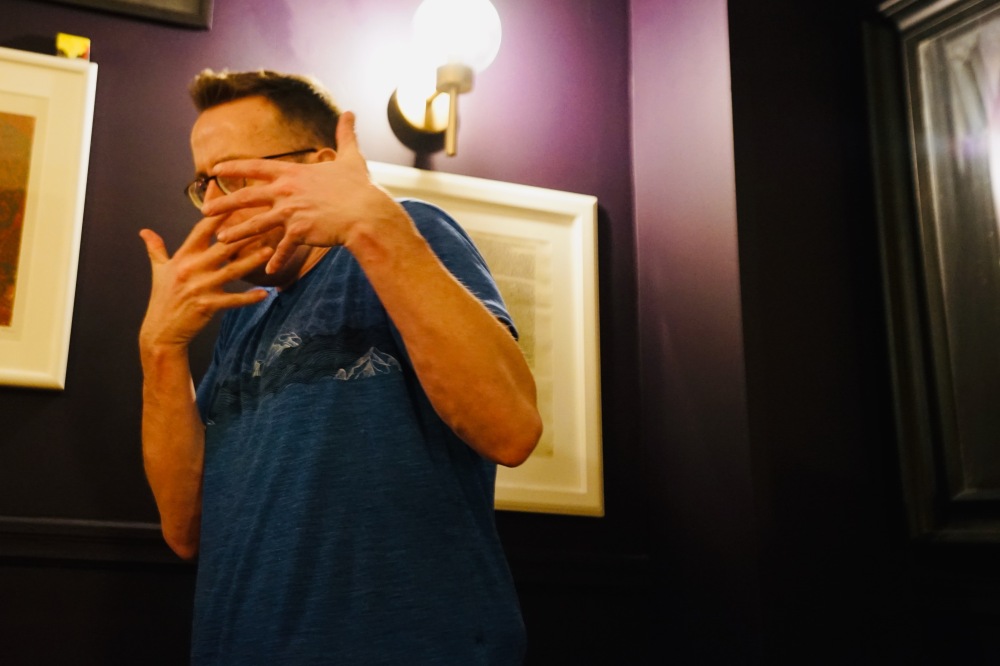