In over two years of Beerstitutioning, although a few sours had slipped in here and there, we hadn’t done sour beers proper. For the occasion, I slapped together paper placemats sporting the BRST° v29 label and the awesome rainbow-coloured beer flavor wheel to support our discussion — sour, acetic, musty, earthy, leathery, catty…? We also experimented with sour candy and lemons to see how it would affect flavours. Biting a lemon before tasting a sour beer is really interesting in that it eliminates the sour flavour of the beer by overwhelming your sour-percepting taste buds, thus allowing you taste everything else. 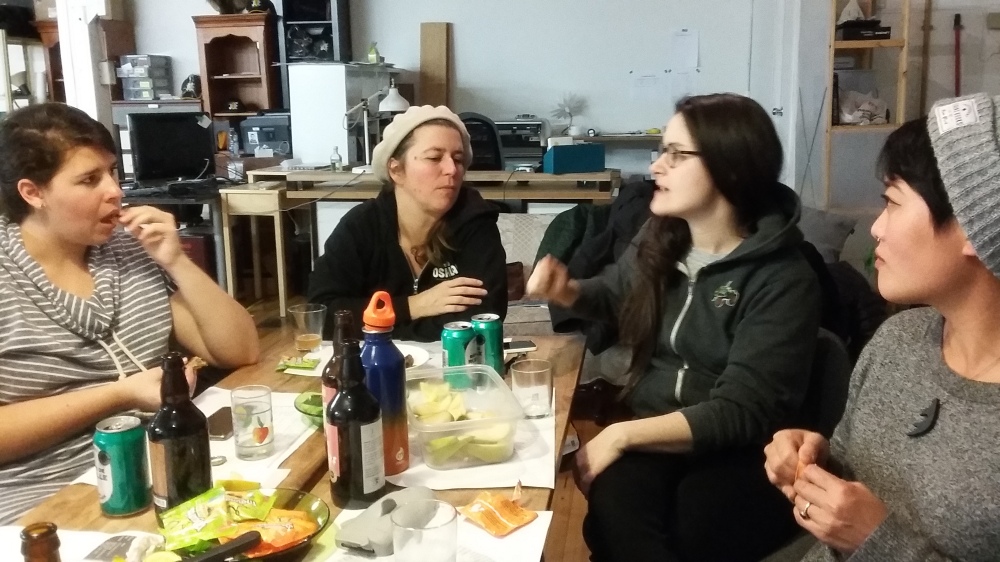 A noteworthy detail: it was March 8th, International Women’s Day, and half of our Beerstitutioneers were, fittingly, women. At Beerstitution, sometimes equality exists — because it’s 2017.

“Sour beer is beer which has an intentionally acidic, tart or sour taste. The most common sour beer styles are Belgian: lambics, gueuze and Flanders red ale.”

— Wikipedia (this and following citations)

It would seem that sour beer is not a style comme tel, because any style of beer could be soured. For those interested is brewing their own artisanal version, it should be noted that brewing sours is apparently a risky and specialized business as it involves intentionally allowing wild yeast strains or bacteria into the brew. So maybe don’t start your craft brewing experiments with a sour.

The most common agents used to intentionally sour beer sound like a lot like diseases — ’cause they’re bacteria, right?:

Lactobacillus — Interesting fact for nerds still reading: “In around 70% of women, a Lactobacillus species is dominant in the vaginal tract.” — Does this explain why some BRST°neers are so enthusiastic vis-à-vis sours and others, not so much? Hmm, food for thought. This was the bacteria used in the fermentation process of the “Bière de driveway” that had strangely divided votes between guys and gals; details below.

Brettanomyces, aka “Brett” — “The term Brettanomyces apparently comes from the Greek for «British fungus»! In the wild, Brettanomyces lives on the skins of fruit. Lambic and gueuze owe their unique flavour profiles to Brettanomyces, as do wild yeast saison or farmhouse styles; and it is also found in Oud Bruin and Flanders red ale.” (…) And on a side note: “When Brettanomyces grows in wine it produces several compounds that can alter the palate and bouquet. At low levels some winemakers agree that the presence of these compounds has a positive effect on wine, contributing to complexity, and giving an aged character to some young red wines.”)

Pediococcus — “Pediococcus is, along with other lactic acid bacteria such as Leuconostoc and Lactobacillus (see above), responsible for the fermentation of cabbage, making it sauerkraut. In this process, the sugars in fresh cabbage are fermented to lactic acid, which gives sauerkraut a sour flavour and good keeping qualities. Pediococcus bacteria are usually considered contaminants of beer and wine, although their presence is sometimes desired in beer styles such as lambic and Berliner Weisse. Certain Pediococcus isolates produce diacetyl which gives a buttery or butterscotch aroma to some wines (such as Chardonnay) and a few styles of beer. Pediococcus species are often used in silage inoculants. Pediococci are used as probiotics, and are commonly added as beneficial microbes in the creation of cheeses and yogurts.”

Another method for achieving a tart flavor is adding fruit during the aging process to spur a secondary fermentation or contribute microbes present on the fruit’s skin.

Because of the uncertainty involved in using wild yeast, the sour beer brewing process is extremely unpredictable. The beer takes months to ferment and can take years to mature.

Anyhow, the first rule of BRST° is : You taste beer. So without further ado, here are the sours beers + ratings from our evening of civilutionized beer tasting.

Clearly, these beers were hard to tell apart. 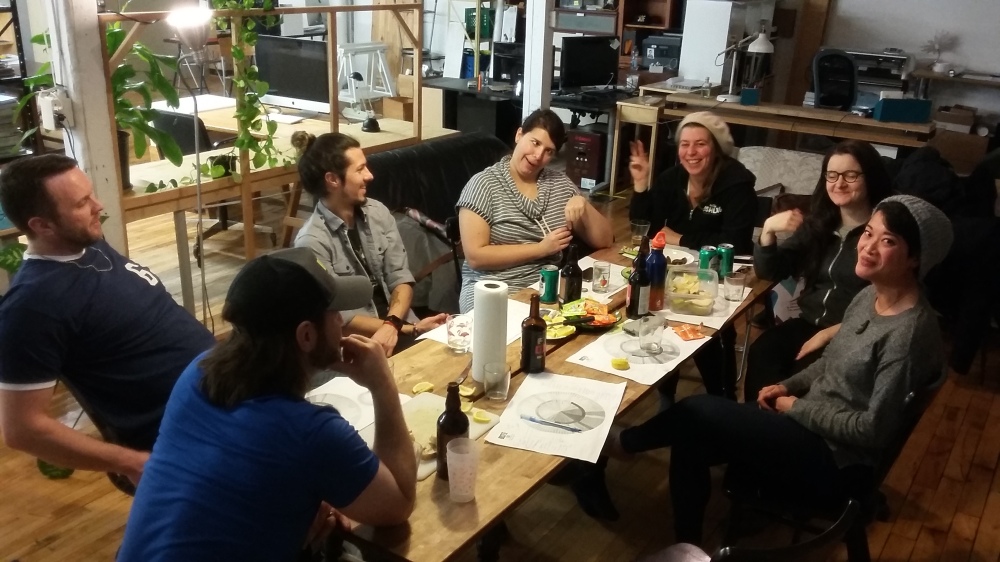 Chris, that other guy from Beestitution