One month into this off Covid-19 world, and our monthly Beerstitution is even more of a welcome break than usual. Even in the midst of 10 Zoom calls a day, and tired kids & parents abound, this little gang finds the oomph, the desire, maybe the need, to connect on a monthly basis. For that, I am very grateful. This month I decided to celebrate the great Citra Hop because I’m pretty sure I love it.

I’m not entirely certain since it’s almost impossible to find which hop is used in a beer either on the label, on the brewery’s website or a beer rating app like Untappd. But for those that want, that really want, to know, you can usually dig and dig and peel away the layers to finally find out which hops are in that beer you want or already love. The reason I chose Citra (aka HBC 394) is because I do see it often in my favourite beers, and it’s meant to bring nice big citrusy notes, grapefruit and lime, with tropical floral bangs too. For a little history, as per hopslist.com, the American aroma hop Citra [is a high alpha acid and] was created by John I. Haas, Inc. and Select Botanicals Group joint venture, the Hop Breeding Company. It was released to the brewing world in 2008. Now one of the most coveted high-impact aroma hops in the US, particularly among craft brewers, it boasts a complex lineage that includes the likes of Hallertau Mittelfrüh (father), Tettnanger (US), Brewer’s Gold and East Kent Golding. And for the brewing nerds out there, due to its unique characters, it cannot faithfully be replaced with a different hop… however it itself can be used as a replacement for Simcoe and Mosaic from time to time.

Now, due to the fact that we were separated by Covid-19 and this BRSTO had its own proper theme, I asked everyone to grab a Citra-based beer, a SMASH featuring CItra, or at least a beer with Citra. Therefore the scores below are sometimes the scores of 1 person, but sometimes an average of multiple scores if others had the same beer at home as well.

Brought by: Val (& 4 Others)
Nice citrus at the start, ends with weisse smooth. Tropical forest of awesome. Punches you in the mouth with a fistful of summer.
BRSTº Rating: 3.25/5

Brought by: Nick
Once again, Burka bucks the theme and goes his own way. He did however love this beer, saying it was “surprisingly delicious”.
BRSTº Rating: 4/5

Haze of Our Lives (Old Town Brewing, Portland, OR)

Brought by: Daniel
Best name, description and label of all time.
BRSTº Rating: 3.5/5

Brought by: Kristen (& 2 Others)
Is that Guy Fieri? Tastes more bitter but than it smells.. and it turns out that ginger goes very well with Citra
BRSTº Rating: 3.5/5

Brought by: Jude (& 1 Other)
All the NEIPAness I love with a good hop bite but not too much
BRSTº Rating: 4/5

Our winner of BRSTO Volume 66 is Dunham’s Citra Table for being the only single hop Citra beer to score a 4/5! Wow that was fun…. probably too many beers, but ’twas great to try and pin down Citra. Also, we learned that Estoria leads to Estonia which leads to Encino Man starring Pauly Shore. 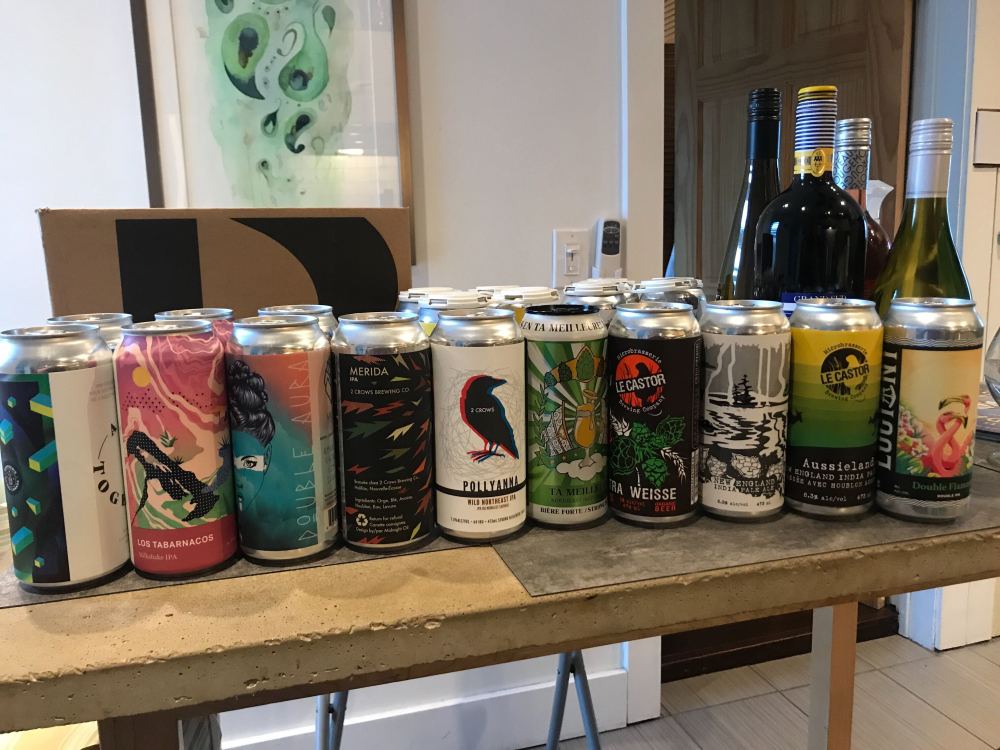