It turns out that when you transplant a Gaspésienne brewery from Percé to Montreal, it picks up a (big) handful of hipsters and a confusingly modern social bathroom layout, and yet it’s still, to the bone, a wonderfully social and deliciously stocked emporium of beers and people. I was nervous to alter Beerstitution’s tried-and-tested model of BYOB, yet it felt safe to hand the reins to the Pit barkeep to supply us with a planche of beers to sample.

Despite a shaky start where my below-par french resulted in us getting a single planche for 11 people (they must have thought we were the most parsimonious beer club in town), we quickly settled into the flow of rating the beers and offering increasingly colourful commentary. Things started with the La Blonde de l’Anse (“it doesn’t taste like anything” – Chris) to the Blanche de Pratto (Alix rated it a zero!). We then sipped La Bonne Aventure Rousse (“The best Rousse I ever had” – Corey) and the Austramericaine (“This tastes like an armpit” – Allegra, “My armpit smells like peaches” – Kristen). Beer five was the IPA Americaine which scored an impressive 3.45 (“I’m confused” – Kristen), but things finished off on a crescendo with the La Gaspésienne porter beating it out with a formidable 3.86.

In end-of-night voting, the categories were:

A roundup of the beers: 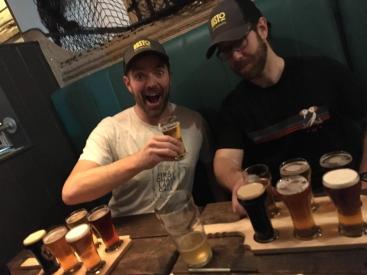 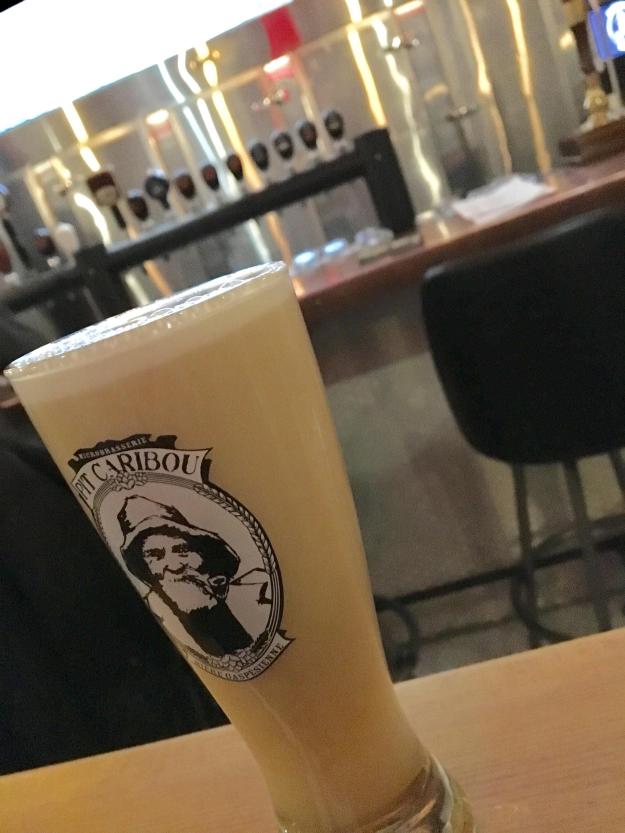